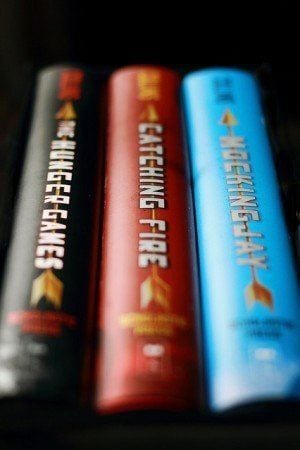 Philip Seymour Hoffman will join the cast of the upcoming sequel to The Hunger Games, The Hunger Games: Catching Fire. Lionsgate has confirmed that the Oscar-winning actor will portray Plutarch Heavensbee.

Philip Seymour Hoffman will play the Head Gamemaker in the second of the movies based on the books in Suzanne Collins’ immensely popular Hunger Games trilogy. Catching Fire is set for release on Nov. 22, 2013, according to the Los Angeles Times.

“Lionsgate and the filmmakers of ‘The Hunger Games: Catching Fire’ are pleased to announce that Philip Seymour Hoffman has been cast in the role of Plutarch Heavensbee, Head Gamemaker for The Hunger Games, in the much anticipated film adaptation of Suzanne Collins’ worldwide smash hit novel Catching Fire,” read a statement from the studio.

The role of Heavensbee is the first major role to be filled for Catching Fire to this point and many are anxiously anticipating who will play the roles of popular characters Johnanna Mason and Finnick Odair. There has been no official word as to who will play either character but rumors have run rampant. Reportedly Suckerpunch’s Jena Malone will play Johanna Mason, according to MTV News, and both Arnie Hammer, who recently appeared in Mirror, Mirror and The Social Network, and Garret Hedlund, from Tron and Troy, are being considered for the role of Finnick Odair. Trevor Donovan, from 90210, and Twilight star Robert Pattinson are both rumored to star as Odair though both have denied those rumors.

Philip Seymour Hoffman is best known for his roles in films such as Moneyball, The Big Lebowski, Doubt, Charlie Wilson’s War, Synecdoche, New York and Capote, which earned him a 2006 Best Actor Academy Award. Recently Philip Seymour Hoffman was awarded a Tony Award nomination for starring opposite Andrew Garfield in a Broadway revival of Arthur Miller’s Death of a Salesman.

Francis Lawrence will take over as director for Catching Fire after it was reported that The Hunger Games director Gary Ross dropped out due to time constraints. Lawrence is best known for his 2011 drama Water for Elephants and the 2005 thriller Constantine.