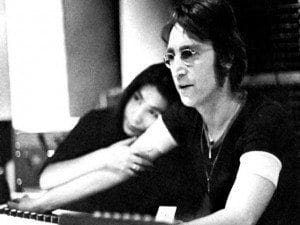 Paul McCartney spoke out on Yoko Ono and her involvement with the Beatles, saying it was not her fault the band broke up. The former Beatle said Ono “certainly didn’t break the group up, the group was breaking up” already and if she hadn’t been around, Lennon wouldn’t have pursued what turned into popular solo projects. McCartney did allude to difficulties she posed to the band, especially during recording sessions, but overall reinforced that “it was time for John to leave, he was definitely going to leave” anyway.

Paul McCartney also spoke on behalf of the other Beatles and said Yoko Ono prompted each of them to find success on their own. In terms of John Lennon and Yoko Ono, Lennon would not have been able to write Imagine if it wasn’t for her influence.

“I don’t think he could have done that without Yoko, so I don’t think you can blame her for anything. When Yoko came along, part of her attraction was her avant garde side, her view of things, so she showed him another way to be, which was very attractive to him,” Paul McCartney said on the Yoko Ono influence.

The interview is said to be David Frosts’ return to “Nixon-style” interviews, referencing his famous interview segments from 1977 where he got Richard Nixon to admit to the Watergate scandal. In addition to Paul McCartney speaking on Yoko Ono, 70-year-old rock start will also be discussing the Beatles days, his rock career since, his four children and his previous marriages, excluding the nasty split from Heather Mills.

The segment of Paul McCartney taking the blame off Yoko Ono, opening up for longer than his normal 15 minutes for interviews, will air on the British channel Al-Jazeera English starting in November.