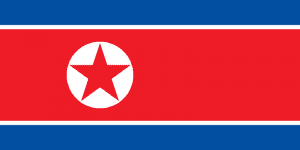 North Korea has decided to allow nuclear inspectors to check locations in exchange for aid.

North Korea has agreed to stop nuclear tests, uranium enrichment and permits check from nuclear inspectors, according to Reuters.

The decision is followed by talks between the United States and North Korea that were held in Beijing last week.

White House spokesman Jay Carney said,” These are concrete measures that we consider a positive first step toward complete and verifiable denuclearization of the Korean peninsula in a peaceful manner.”

Though, previous deals with North Korea have been backed out of, analysts feel that these moves show a change with the country.

A U.S. official said “the move “unlocked’ a step in the right direction but that it would take persistence to follow through.

The official continued with, ‘We believe that it’s important to translate this initial sign of Pyongyang’s seriousness of purpose into substantive and meaningful negotiations on denuclearization that get at the entirety of the North’s nuclear program.”

Because of this decision, the State Department will be sending an around 240,000 metric-ton food aid package with the possibility for more aid if necessary.

This agreement will also allow nuclear inspectors from the U.N.’s International Atomic Energy Agency to visit their nuclear complex to check the moratorium on uranium enrichment had been enforced.

North Korea’s official KCNA news agency released a statement:
“The DPRK, upon request by the U.S. and with a view to maintaining positive atmosphere for the DPRK- U.S. high-level talks, agreed to a moratorium on nuclear tests, long-range missile launches, and uranium enrichment activity at Yongbyon and allow the IAEA to monitor the moratorium on uranium enrichment while productive dialogues continue.”

North Korea’s official name is the Democratic People’s Republic of Korea or DPRK.