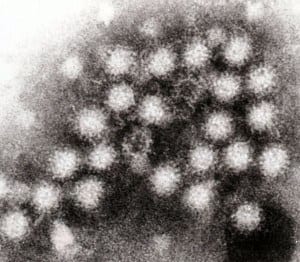 The norovirus, also known as the stomach flu, sent another 11 students from Rider University and seven students from nearby Princeton to the hospital yesterday.  According to NJ.com, “Both universities stayed on top of a stepped-up cleaning and scrubbing schedule and were encouraging students, faculty and staff to see treatment if they thought they were becoming ill.”

The start of an outbreak of the norovirus on campus sent 40 students from the university in Lawrenceville, NJ, to the emergency room on Wednesday, February 8th.  The students were suffering from severe stomach cramps, nausea, vomiting and diarrhea causing dehydration. The norovirus is highly contagious can be very serious if it isn’t treated properly.

It has also been reported that the norovirus has started to spread 600 miles southwest of the university, in Morganton, NC.  According to a local paper, The News Herald, a doctor at the county hospital was quoted as saying, “We’ve seen cases for awhile now and it hasn’t let up.  I expect the outbreak will last at least a few more weeks.”

According to the Center for Disease Control and Prevention (CDC), the norovirus spreads through the vomit and fecal matter of those infected.  There isn’t a vaccine or treatment for the norovirus and the CDC warns that those with the norovirus “are contagious from the moment they begin feeling sick until at least three days after they recover.”  The norovirus spreads quickly and often begins suddenly, but most people usually recover within two days.  It is recommended to practice proper hand washing techniques in order to prevent contracting the virus.