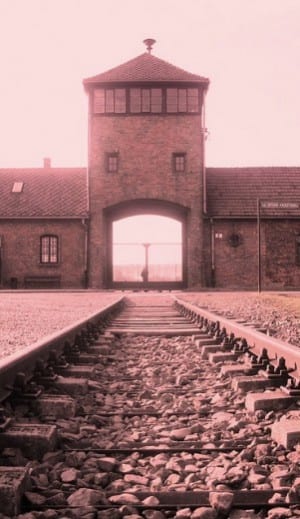 Laszlo Csatary, 97, is alleged to have been complicit in the deaths of 15,700 Jews during World War II

Nazi suspect Laszlo Csatary is believed to be living in Hungary, according to the Nazi-hunting Simon Wiesenthal Centre. The centre’s most wanted suspect is accused of being complicit in the deaths of 15,700 Jews during World War II.

The Nazi suspect, 97, is alleged to have been a senior Hungarian police officer in the Slovakian city of Kosice, which was then under Hungarian rule.

The Wiesenthal Centre said on Sunday that it submitted “new evidence” to Hungarian authorities in Budapest regarding the whereabouts of Csatary, the centre’s most wanted Nazi suspect since last April.

The Wiesenthal Centre’s Efraim Zuroff “last week submitted new evidence to the prosecutor in Budapest regarding the crimes committed during World War II by its No 1 Most Wanted suspect Laszlo Csatary.”

“This new evidence strengthens the already very strong case against Csatary and reinforces our insistence that he be held accountable for his crimes,” read Zuroff’s statement.

According to the centre, the evidence submitted to Hungarian authorities “related to Csatary’s key role in the deportation of approximately 300 Jews from Kosice to Kamenetz-Podolsk, Ukraine, where almost all were murdered in the summer of 1941.”

Britain’s The Sun newspaper reported Sunday that the evidence submitted by the Wiesenthal Centre shows that Csatary allegedly beat women with a whip and enforced a policy of shooting anyone who tried to escape during the deportation of Jews.

“This new evidence strengthens the already very strong case against Csatary and reinforces our insistence that he be held accountable for his crimes,” the centre said.

Zuroff told The Telegraph newspaper, his “age (and) health can deteriorate from one day to another. We must act quickly. The passage of time in no way diminishes his guilt and old age should not afford protection for Holocaust perpetrators.”

“Zuroff urged Hungarian authorities to expedite the ongoing investigation against Csatary, which was initiated in September 2011 following his submission of evidence regarding Csatary’s residence in Budapest and the former police officer’s role in the deportation of thousands of Jews from Kosice and its environs to the Auschwitz death camp in the spring of 1944.”

The Nazi suspect fled Hungary following World War II and was tried in absentia in Czechoslovakia in 1948, where he was sentenced to death.

Csatary spent years in Montreal living under an assumed name and working as an art dealer. Canada revoked his citizenship in 1997, and he subsequently fled to Hungary.

According to The Sun newspaper, Csatary has been living in a two-bedroom apartment in Budapest with his real name, “Smith L. Csatary,” written on the mailbox.

The Sun located Csatary from a tip from the Wiesenthal Centre and asked the 97-year-old Nazi suspect about his flight from Canada. Csatary answered the door in a long-sleeve shirt and underwear and responded, “I don’t want to discuss it.”

The newspaper then probed the Nazi suspect about his alleged role in the deportation of Jews during World War II, to which he responded, in English, “No I didn’t do it, go away from here,” before slamming the door.

Csatary was located with the help on an informant, whom will be paid $25,000 “if the Nazi criminal is convicted and sentenced,” Zuroff told AFP.

Jeno Varga, Hungary’s assistant prosecutor general, has said: “An investigation is under way. The prosecutor’s office will study the information received.”