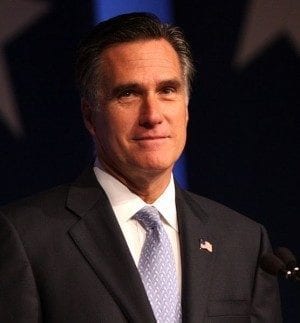 U.S. presidential candidate Mitt Romney has Britons stopping in their tracks amidst the Olympics hullabaloo about the foot in mouth comment he voiced about London’s “disconcerting” preparations for the games.

“It’s hard to know how well it will turn out…There are a few things that were disconcerting. The stories about private security firm not having enough people, the supposed strike of the immigration and customs officials…that obviously is not something which is encouraging,” Romeny told NBC.

British headlines are affront with judgment. “Mitt the Twit” scrawled across The Sun, “Who invited party-pooper Romney,” asked the Daily Mail, and “Nowhere Man”—referencing a comment made by Prime Minister David Cameron— asserted Times of London.

“We are holding an Olympic Games in one of the busiest, most active, bustling cities anywhere in the world. Of course, it’s easier if you hold an Olympic Games in the middle of nowhere,” Cameron said. The comment was a jab towards Romney’s, implied, lack of experience from helping organize the Olympics in Salt Lake City.

London’s Mayor, Boris Johnson used Romney’s comment to rally up the tens of thousands gathered in Hyde Park: “There’s a guy called Mitt Romney who wants to know if we are ready. Are we ready? Yes, we are!”

Romney hasn’t been in the city for two full days of his week-long overseas trip, to establish “foreign policy credentials” amongst voters, and already he has blundered. The comment about London’s preparations for the game was not the only bad move, but publicly referring to meetings with British spy agency M16, which is a no-no in England.

“I can only say that I appreciated the insights and the perspectives of the leaders of the government here and opposition here as well as the head of MI6 as we discussed Syria and hoped for a more peaceful future for that country,” Romney said.

In light of the scandal, an unknown staffer revealed to the Daily Telegraph that Barack Obama had botched “Anglo-American” ties and Romney better understood the “Anglo-Saxon heritage” between the two countries.