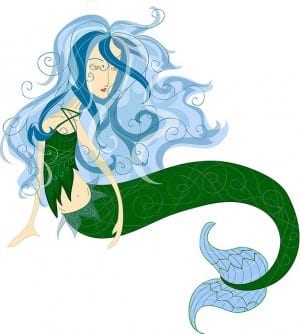 Mermaids don’t exist is the latest word from the National Oceanic and Atmospheric Administration. What may have gone as common knowledge to most has been the subject of a recent heated debate, partially in response to the May Discovery Channel’s Animal Planet two-hour mockumentary Mermaids: The Body Found.

Mermaids don’t exist may come as a surprise to some but, according to NOAA, there has never been any physical evidence to support their existence at any point in time.

The announcement can be seen as a direct rebuttal to the speculation that has arose in recent weeks, following the Animal Planet special. According to a press release from the Discovery Channel, the mockumentary “paints a wildly convincing picture of the existence of mermaids, what they may look like and why they’ve stayed hidden . . . until now.”

The special was described by DbTechno.com as “science fiction based on some real events and scientific theory.” It depicted “real-life events and phenomena with the story of two scientists whom testify they found the remains of a never-before-identified sea creature.”

An online statement from the National Ocean Service failed to either confirm or deny the existence of the mythical sea-creatures, notes the Daily Telegraph. The statement reads, “Mermaids – those half-human, half-fish sirens of the sea – are legendary sea creatures.”

“But are mermaids real? No evidence of aquatic humanoids has ever been found. Why, then, do they occupy the collective unconscious of nearly all seafaring peoples? That’s a question best left to historians, philosophers and anthropologists.”