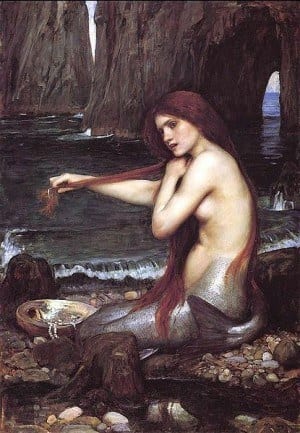 Mermaid body found – could it be true? This was the question behind the show airing on the Animal Planet, Mermaids: The Body Found that caused people to believe the long time myth could be a reality. The show examines a fictional story in which a mermaid body is discovered and filmed documentary style.

This prompted the National Oceanic and Atmospheric Administration (NOAA) to release in an official statement that mermaids, in fact, do not exist.

“No evidence of aquatic humanoids has ever been found,” the administration said in their statement.

The NOAA said all the hype around the mermaid body found is entirely false and can be credited to the Animal Planet show.

“Blame the Animal Planet special Mermaids: The Body Found,” the NOAA added in an effort to explain why they decided to take a stance against the fabled half human, half fish creature.

Fishnewseu.com reported that the NOAA has previously released statements regarding other unexplained phenomena, such as the Lost City of Atlantis and the Bermuda Triangle.

Mermaids: The Body Found aired in May 2012 as part of Animal Planet’s Monster Week series and was deemed fictional due to the small number of facts on which it was based.

The show created and written by Charlie Foley follows two scientists who have been tipped off with knowledge that a story about a mermaid body found was to be true. They were given a photo of a mermaid body found on the shore, taken by two boys on a camera phone in Washington State, as well as remains found inside a shark in South Africa that they used to reconstruct a mermaid.