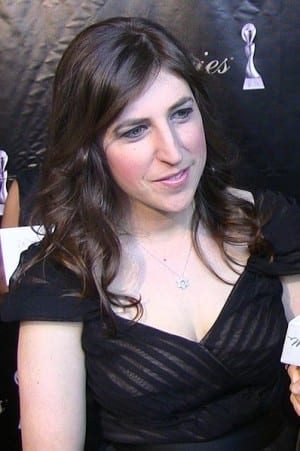 Mayim Bialik recovers after her car accident in Hollywood

Mayim Bialik, the star of “Blossom” and more recently a recurring character on the hilarious CBS sitcom “The Big Bang Theory” has been in a car accident in Hollywood this past week.

Both of her main airbags blew and Bialik suffered a severe left-hand injury and cut up thumb as a result of the accident. Rumors spread, saying that she could potentially lose her thumb. Fortunately, this is not the case. Bialik has returned to the set of “The Big Bang Theory” just 24 hours after her accident with all of her fingers intact.

The three passengers occupying the other car received minor injuries and were not detained. No citations were issued.

Bialik took to Twitter afterwards with her husband typing the message “in pain, but will keep all my fingers.” “The Big Bang Theory” actress seems to be in good spirits and thanks all of her fans for their concern.

Bialik has been recently nominated for an Emmy for outstanding supporting actress in a comedy series.