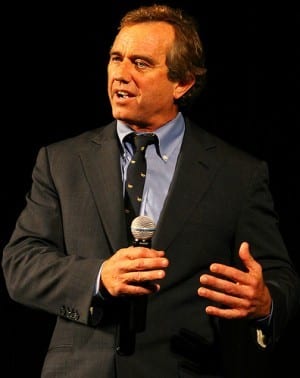 Mary Kennedy dead at 52. The estranged wife of Robert F. Kennedy Jr. was found dead Wednesday on property belonging to the family in Bedford, N.Y.

Robert F. Kennedy Jr. filed for divorce from Mary Kennedy in May of 2010. The couple married in a civil ceremony in 1994 and had four children before their estrangement. The divorce was not finalized before the time of her death.

The family’s statement continued to praise Mary Kennedy, stating that she was “a tremendously gifted architect and a pioneer and relentless advocate of green design who enhanced her cutting edge, energy efficient creations with exquisite taste and style.”

Mary Kennedy was co-founder of the Food Allergy Initiative, the world’s largest private source of funding for food allergy research. She strove to advocate a cure for asthma as well.  Mary Kennedy also worked as a designer specializing in eco-friendly architecture. In a book titled “Kennedy Green House,” co-authored by Robert F. Kennedy Jr., he described how his wife helped to turn their flooded, moldy home into an environmentally-friendly residence. Kennedy also wrote that Mary Kennedy had worked on the renovation of the Naval Observatory in Washington, the official residence of the U.S. vice president, while working for the design firm Parish-Hadley.

“We deeply regret the death of our beloved sister Mary, whose radiant and creative spirit will be sorely missed by those who loved her. Our heart goes out to her children who she loved without reservation,” stated the family.