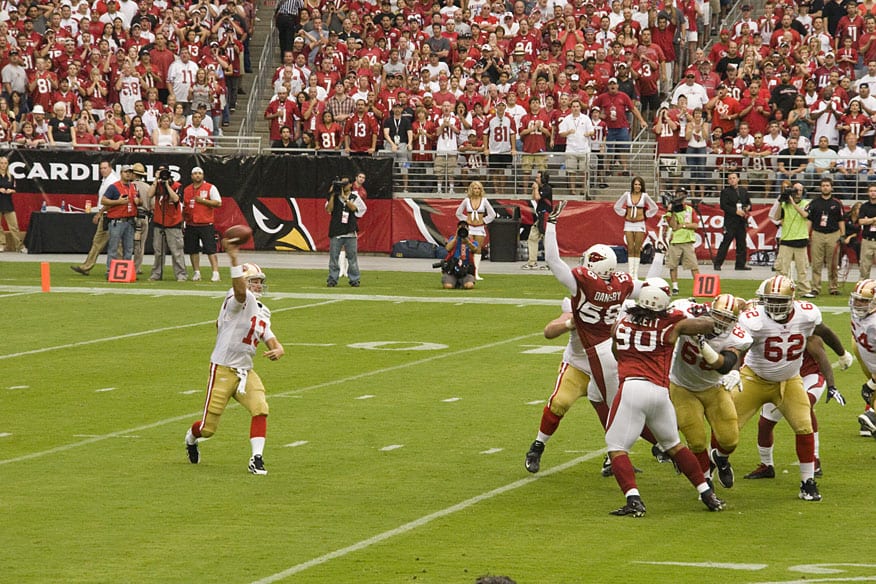 San Francisco 49ers’ linebacker Reuben Foster was reportedly released from the team on Sunday 25 November after being arrested on a domestic violence charge in Florida on November 24.

The 24-year-old, who is a former first-round NFL draft pick, was charged with one count of first-degree misdemeanour domestic violence after attacking his 28-year-old female companion. He was booked into the Hillsborough County Jail in Florida.

The victim said that Foster “slapped her phone out of her hand, pushed her in the chest area, and slapped her with an open hand on the right side of her face.”

Appearing in Hillsborough County Court via a video link, Foster’s attorney argued in his defence. He said that he was employed, that he does not reside with, or have children with, the alleged victim, and that a past domestic violence charge involving the same alleged victim had been dismissed previously. Foster was released from custody on Sunday on a $2,000 bond.

In a controversial turn of events, major NFL team The Redskins signed Foster just days following the arrest and release from the San Francisco 49ers.

In a statement, Doug Williams, The Redskins’ senior vice president of player personnel, said: “The Redskins fully understand the severity of the recent allegations made against Reuben. If true, you can be sure these allegations are nothing our organization would ever condone.

“Let me be clear, Reuben will have to go through numerous steps including the full legal process, an investigation and potential discipline from the NFL, as well as meetings with counsellors associated with the team before he will ever have the opportunity to wear the Burgundy and Gold as a player.

“That being said, we decided to investigate the situation with Reuben further by claiming his rights after candid conversations with a number of his ex-Alabama teammates and current Redskins players who were overwhelmingly supportive of us taking this chance.

“Nothing is promised to Reuben, but we are hopeful being around so many of his former teammates and friends will eventually provide him with the best possible environment to succeed both personally and professionally,” he added.

Foster has a known history of domestic violence charges and arrests. In April 2018, the former San Francisco 49ers linebacker was charged with felony domestic violence for allegedly attacking his girlfriend. The victim was left with a ruptured eardrum and bruising, but the arrest was redacted after she recounted her statement.