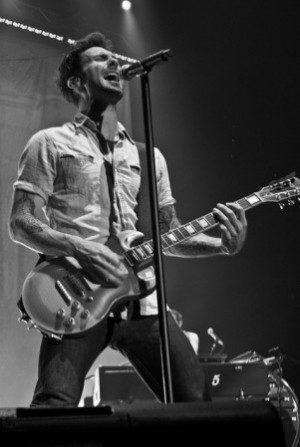 “The Voice” judge, Adam Levine, comes under fire for comment made on Tuesday’s show

The Voice is probably the one reality show that hasn’t been ruined by controversy. People are actually more interested in the talent of the contestants than whatever “scandal” they have in their past. And the show’s judges aren’t celebrities known for their appearances in tabloids.

Adam Levine, lead singer of Maroon 5, made the simple mistake of not remembering that he was on live television with a microphone attached to him. After two early The Voice front-runners were eliminated, Levine let slip, “I hate this country.”

Anyone with half a brain heard that as a comment on America’s taste in music. Two members of his team were just eliminated. The Voice judge is allowed to be upset. He didn’t really mean anything by it.

At least, that’s what sane people would have to say about the incident. The Twitter universe is a whole other matter.

America’s “true patriots” (and apparently Voice-enthusiasts) took to the Twitter-sphere to condemn the singer’s comment.

“Hey @adamlevine this country you apparently hate so much made you rich. You’re free to leave. Try Syria. I hear it’s nice this time of year,” read one tweet. Another thought he’d be a good next target for Seal Team 6. Others suggested that he move to a communist country.

Levine has been a part of The Voice since day one. And he’s not known for anti-American statements. So why is it automatically assumed that he wants al Qaeda to take over?

Wednesday afternoon saw some damage control. Levine sent out a press release that tried to explain his comment on The Voice.

“I obviously love my country very much,” Levine said. “My comments last night were made purely out of frustration. Being a part of The Voice, I am passionately invested in my team and want to see my artists succeed. Last night’s elimination of Judith and Sarah was confusing and downright emotional for me and my comments were made based on my personal dissatisfaction with the results.”

There are bigger issues in the world that people should be upset about. So stop tweeting about stupid comments made on The Voice. In the grand scheme of things, they’re about as dumb as thinking you’re not being recorded on a live television show.