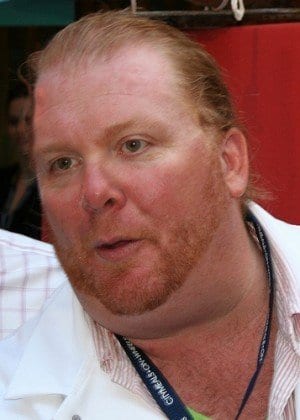 Mario Batali, according the court documents, put in place a company policy that an equivalent of four to five percent of total wine sales would be taken from the tip pool at the end of the night. Employees were told the money was used for wine research and to pay for broken glassware. In reality, the money was pocketed by the house. The Global Post said, “according to the complaint, employees said that ‘Mr. Batali, Mr. Bastianich, and their restaurants unlawfully confiscated a portion of their worker’ hard-earned tips in order to supplement their own profits.” The Huffington Post, however, said the tip skimming went “to pay sommeliers’ salaries.”

The settlement made by Mario Batali, according to the Huffington Post, “will be available to ‘all individuals who worked at the Restaurants as captians, servers, waiters, bussers, runners, back waiters, bartenders, and/or barbacks from July 22, 2004 to February 14, 2012’ … The exact amount due to each plaintiff is determined by the number of hours he or she has worked for the restaurants.”

After the initial suit two years ago, the business partner of Mario Batali, Joseph Bastianich, tried to discourage others from joining the suit by wrongly assuming and saying, “Only the lawyers make money on these lawsuits.”

Mario Batali owns a number of restaurants in Manhattan, and a good number of them are involved in this lawsuit. The restaurants include Babbo, Del Posto, Casa Mono, Lupa and Otto, Bar Jamón and Esca.  Employees of Batali’s restaurants are eagerly awaiting a judges’ approval of the settlement.