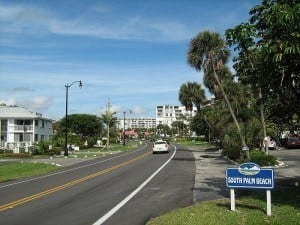 Polo Club Palm Beach founder, John Goodman, adopted his 42-year-old girlfriend as his daughter in an effort that rumors say will protect his assets during an upcoming lawsuit.

Goodman adopted his girlfriend, Heather Laruso Hutchins this past October.

Critics believe that it’s to maintain his wealth while going through the lawsuits filed by the parents of Scott Patrick Wilson, according to the Associated Press. Wilson lost his life in 2010, due to the allegations that Goodman ran a stop sign. The trial is set to begin March 27.

Goodman had a trust set up for his two younger children. Now with Hutchins adopted, she could be entitled to one third of the money.

Goodman’s blood alcohol level was twice the legal limit the night Wilson was killed. In addition to the civil suit, Goodman is looking at a trial for vehicular homicide, DUI manslaughter and leaving the scene of a crime. The punishment could include up to 30 years in prison. He has pleaded not guilty.