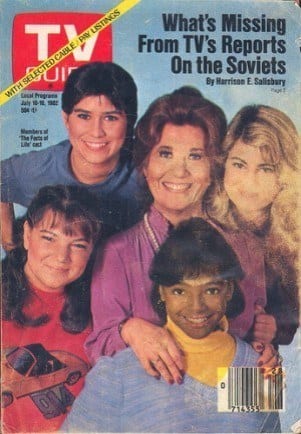 Whelchel, who played the uppity Blair Warner on the 1980’s sitcom, gets down and dirty this season of “Survivor.”

=Lisa Whelchel has gotten the role of her dreams, and it is nothing like the character she portrayed on the popular 1980’s sitcom “The Facts of Life.” Whelchel, who is best-known for her role as the preppy snob with a heart of gold, Blair Warner, landed a spot on the cast of the 25th season of Survivor, according to Entertainment Weekly.

Unlike her well-known 1980’s character, Lisa Whelchel was more than ready to join the cast of “Survivor: Philippines,” where we will watch as she tries to survive 39 days and nights on a remote island.

Having been a fan of the cut-throat survival reality show since its first season in 2000, Lisa Whelchel campaigned to be on the show using her friends, family and, of course, social media. “A friend of mine said, ‘Let’s just film a little iPhone video of you and you can put it on your Twitter and ask all your followers to retweet it,’” Whelchel told EW. “’Maybe they’ll contact you and know you want to be on the show.’ And that’s what happened!””

Lisa Whelchel, now 49 and mother of three, moved from acting to Christian speaker/singer/author. Although she is older and more known than her cast mates, Whelchel says her experience on the island allowed her to push her limits: “Those days on the island were the hardest thing I’ve ever done in my life,” she wrote on her personal website, according to the Huffington Post.

As the song goes, “You take the good, you take the bad, you take them both and there you have the facts of life.” And although her time on the show was grueling, Lisa Whelchel sees the experience for what it gave her. “I’m so very grateful for the opportunity and I’m so glad I did it but I think it’s like childbirth…I may need to put a few years behind me and some perspective in front of me before I would ever consider doing it again,” she said.