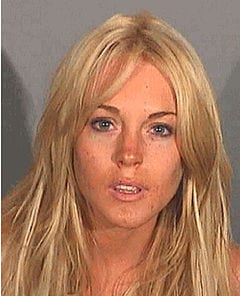 Actress Lindsay Lohan was released from a Los Angeles County jail less than five hours after she turned herself in to serve a 30-day sentence for violating probation.

According to Fox News, the “Mean Girls” actress was booked into Century Regional Detention facility in Lynwood, Calif., at 8:50 p.m. on Sunday. Lohan was released early Monday, with news crews who swarmed outside of the jail clocking her exit at 1:40 a.m. A short stay at the jail was anticipated due to overcrowding in California’s prison system.

Lohan had until Nov. 9 to report to jail. The actress was given an additional week to turn herself in in order to complete a nude photo shoot for Playboy Magazine. Reports say that had the actress been unable to complete the shoot, for which she had been paid almost a million dollars, she would have been in breach of her contract. The spread will be featured in the men’s magazine’s January 2012 edition.

On Wednesday, a judge ordered jail time because Lohan violated court orders by getting kicked out of the women’s shelter at which she was to perform her community service.

The judge has since told Lohan that she will have to perform all of her community service at the county morgue or risk additional jail time. Lohan will have to serve 423 hours at the morgue, where for nearly two weeks she has been mopping floors, cleaning bathrooms and washing dirty sheets.

Sunday marks her fifth jail sentence since being arrested twice for drunken driving in 2007.