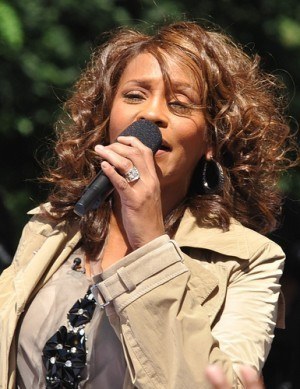 It is still a mystery whether or not last picture is real, and if it is, who took it?

Whitney Houston’s alleged “LAST PHOTO!” featured on the cover of the “National Enquirer” has caused quiet a stir. The event’s surrounding the singer’s death have caused  speculation as to how she actually passed away; did she drown or did she pass from a lethal concoction of prescription drugs and alcohol? Now the media’s attention has turned to who snapped what the “National Enquirer” is calling Whitney Houston’s “Last Photo!”

The National Enquirer undoubtedly paid a pretty penny for the picture, but who sold it to them is still a mystery. The casket had been closed during the televised funeral ceremony, so the suspected photographer has been narrowed down to a friend, a family member or an employee from the Whigham Funeral Home in New Jersey, where the invite-only service was held. The funeral home owner, Carolyn Whigham, has denied these accusations.

“I’m going to answer you as the publicist told me to answer you: We have no comment.  But it was not the funeral home,” Whigham told reporters.  “Whitney was a personal friend to me and my family,” she said, “We would not do that.”

Whitney Houston’s “LAST PHOTO! ” on the cover of the National Enquirer has caused an outrage among celebrities who have taken to the internet to express their anger.  Idolator.com reports that Perez Hilton, who became famous for his harsh words about celebrities, said the tabloids decision to use Houston pictured in her casket as a “tasteless, insensitive, morbid thing to do.”