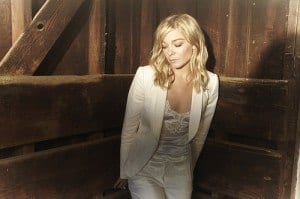 LeAnn Rimes has had a very emotional week, having reportedly checked into an in-patient rehab facility Aug. 29 for the treatment of anxiety and stress. Now, Rimes also has issued a lawsuit against two women for invasion of privacy.

The invasion of privacy in question is an incident involving LeAnn Rimes, Kimberly Smiley and her daughter Lexi Smiley. Allegedly, the mother-daughter pair recorded a phone conversation they had with Rimes without her knowledge, and then posted snippets on a website bashing the star, according to the Washington Post.

This conversation, from March, landing on the internet has hurt the singer, the lawsuit alleges. LeAnn Rimes claims that this ordeal has caused her emotional distress; distress worth $25,000 in damages.

Kimberly Smiley denies having put the conversation online for all to hear, but does admit to sharing the audio with friends via the internet. Smiley has said that the whole situation is embarrassing to be apart of, according to ABC News. “It’s just a celebrity who’s too full of herself,” Smiley said of Rimes to the Associated Press.

Regardless of Rimes’ emotional distress, or Smiley’s impression of the situation, recording any phone conversation without the other party’s consent is illegal in the state of California.

“The making of the unauthorized recording and the posting of it and edited excerpts of it on various websites have resulted in a public and damaging depiction of Ms.Rimes, have harmed her reputation and personal relationships, and have caused her emotional distress,” the lawsuit states in regards to LeAnn Rimes’ cause to sue.

The lawsuit was dealt the day after LeAnn Rimes entered rehab. Rimes admitted herself into treatment the day after her 30th birthday. She will stay at the undisclosed treatment center for 30 days. In treatment she hopes to learn coping mechanisms to deal with her anxiety and stress.