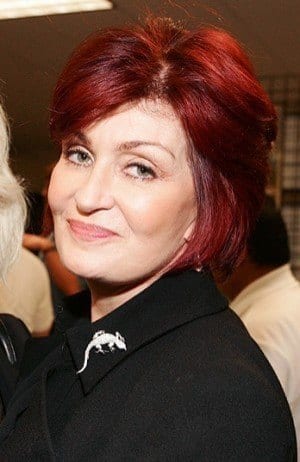 The Twitterverse is heating up with the latest celebrity cat fight

Leah Remini and Sharon Osbourne are the latest celebrity feud in the Twitterverse.

Leah Remini and Holly Robinson Pete were let go from The Talk seven months ago, but now, she is pointing at Sharon Osbourne for getting her fired.

In December, Sharon Osbourne and the current co-hosts went on Howard Stern’s satellite radio show. Stern suggested that Julie Chen, the shows moderator and wife of CBS President and Chief Executive Les Moonves, was the source of the firings.

“Some people don’t really know who they are. You have to know who you are when you’re in something like this. You can’t pretend to be something you’re not,” Sharon Osbourne told Howard Stern.

Leah Remini claimed she didn’t know the reasons for her ousting from the show until she heard Sharon Osbourne’s comments on Howard Stern.

On Monday Leah Remini, who is currently filming a pilot for ABC, tweeted about her suspicions that Sharon Osbourne had her fired.

“Sharon thought me and Holly were ‘ghetto’. We were not funny, awkward and didn’t know ourselves. She has the power that was given to her.”

“In response to Leah Remini’s continuous comments that I had her fired from The Talk, let me just go on the record to say I had absolutely nothing to do with her departure from the show and have no idea why she continues to take to Twitter to spread this false gossip,” Sharon Osbourne tweeted Tuesday.

“Leah knows that I have never been in the position to hire or fire anyone on the show,” Osbourne later tweeted, “That being said, my only wish is that Leah would just stop all this negative, unprofessional and childish behavior. It’s been seven months… it’s time to move on. Leah is a very talented actress and I only wish her happiness and success.”

Leah Remini didn’t let the feud stop there. She tweeted back Wednesday that Sharon Osbourne “just wants publicity out of this” and that, “If someone wants to stop me, they should call a lawyer and tell them what I am NOT telling the truth about. We can go from there,” Leah Remini tweeted.

Leah Remini appears to want the last word in this argument- but has she ever met Sharon Osbourne? This celebrity feud isn’t over yet.