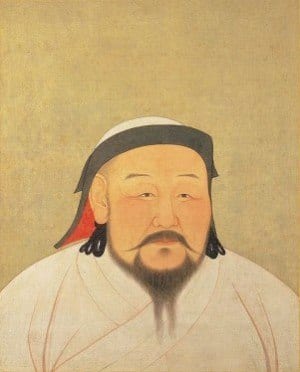 Ship discovery may be part of Kublai Khan’s lost fleets

Japanese archaeologists believe they may have found a ship belonging to the missing fleets of Kublai Khan.

The Inquisitr reports that the ship was discovered off the coast of Japan. It is believed to be a ship from Kublai Khan’s second fleet which sailed from Korea in 1281.

Kublai Khan was the fifth Great Khan of the Mongol Empire from 1260 to 1294 and the founder of the Yuan Dynasty in China. He was also the grandson of Genghis Khan.

“This discovery was of major importance for our research,” said Yoshifumi Ikeda, a professor of archaeology at Okinawa’s University of the Ryukyus “We are planning to expand search efforts and find further information that can help us restore the whole ship.”

The shipwreck was very well preserved, and its hull is still intact. Rather than recover the shipwreck, the marine archaeologists will focus on conserving the area to prevent future damage.

According to Japanese legend, two typhoons destroyed two of Kublai Khan’s invading navy fleets over the span of seven years. Of 4,400 vessels believed to have set sail from Korea, most or all have been lost.