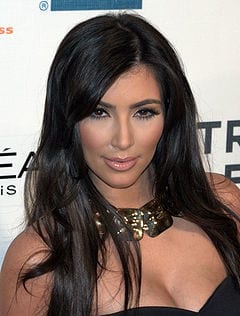 Kardashian divorcing after only 72 days of marriage

After only 72 days of marriage to Kris Humphries, Kim Kardashian is filing for divorce.

“She wanted the fairy tale and got caught up in it all,” says a source close to Kardashian to People.com, “She felt like the pressure of the TV show just isn’t what they could have handled.”

Kardashian, 31, has hired celebrity lawyer Laura Wasser. Sources reveal that she is not seeking an annulment and will cite “irreconcilable differences” as the reason for the split TMZ reports. The date of separation will be listed as today, October 31, 2011.

For Halloween Kardashian, dressed as Poison Ivy, hosted a party alone and told People that her husband was not around because she was headed for Australia this week.

The filing comes after weeks of rumored trouble in their marriage which was documented on the second season of “Kourtney and Kim Take New York.” In previews for the show, fans get a look into the short-lived marriage. “How I am going to have my career and live in Minnesota?” Kardashian asks Humphries when he suggests moving to his hometown.