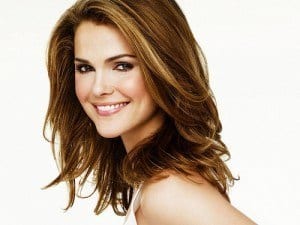 Keri Russell has given birth to her second child!

“You become a mom and you sort of think, ‘Is it going to change everything?’ But it doesn’t. You still like what you like,” Russell said previously. “But I think the one thing is it makes you very sensitive and in tune to kids. If any kid is in peril, you’re like, ‘That’s my kid!’”

Russell and Deary married on Valentine’s Day in 2007.

Keri Russell is best known for her titular role on the popular show “Felicity.”