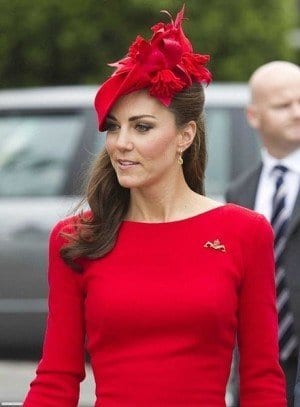 The royal pair won their battle for privacy…this time

Kate Middleton and Prince William were granted an injunction from a French court against Closer magazine and their topless photos of Middleton on vacation in France. The magazine was ordered to hand over all photos of the topless Duchess and cease publication of the story, though the battle has only just begun. Publications in Italy and Ireland have already released the photos infamous photos and it is unlikely the spread of what is being called a “brutal display” will end there.

What was a seemingly innocent vacation turned into a royal mess for Kate Middleton and Prince William last week as blurry, zoomed-in photos of a topless Middleton made their way across France and, subsequently, the rest of the world. The front cover of Closer magazine features Kate and William sunbathing at a chateau balcony in the Province region.  According to the royals, the chateau was in a private area and the photos are a deep invasion of privacy. They have asked French prosecutors to launch a criminal inquiry against the photographer, however, Closer editor said the couple was “visible from the street” and not making an effort to hide themselves.

Kate Middleton and Prince William’s fierce legal attack ended Tuesday with a cease-publication order in France and a roughly $2,500 fine. Prince William was said to have taken swift legal action in his determination to prevent the media infiltrating Middleton’s life like they did his mother, Princess Diana. This small battle has been won, but it most likely not the end for this adored, yet inevitably targeted couple.