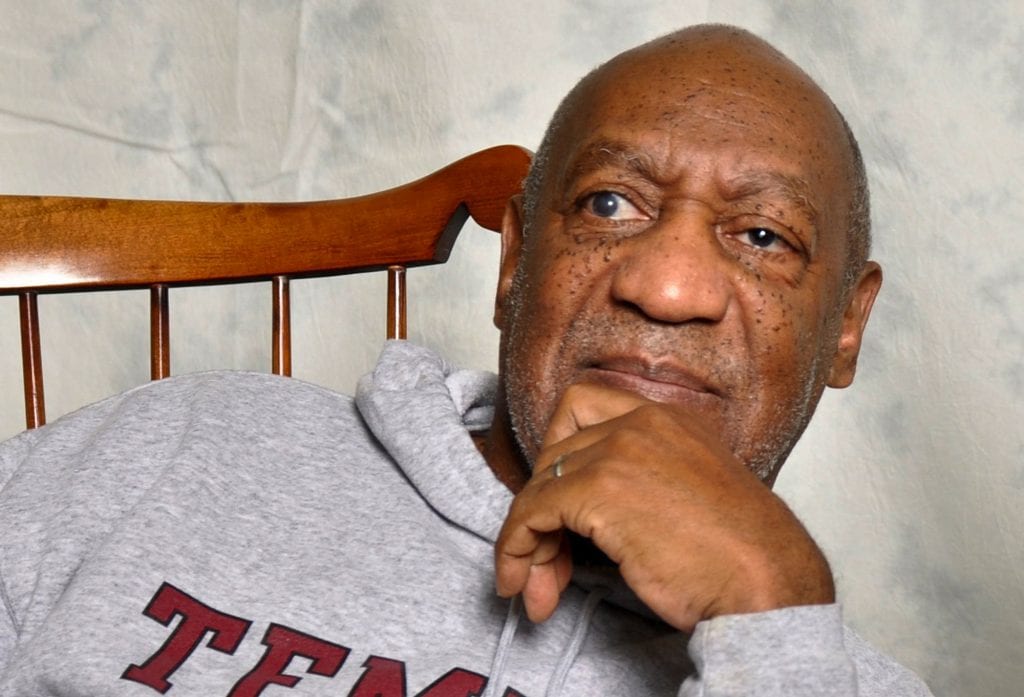 Bill Cosby, previously dubbed “America’s Dad”, has recently been sentenced for three to 10 years and “total confinement”. The 81-year-old comedian was found guilty of three counts of sexual assault, drugging and molesting Andrea Constand at his Philadelphia home in 2004.

The fall of such a powerful media figure began when prosecutors re-opened Constand’s case, after more than 60 other women came forward against Cosby. Her allegation against the man whom she thought was her “mentor and friend” was the only case that occurred within the statute of limitations.

“Bill Cosby took my beautiful, healthy young spirit and crushed it. He robbed me of my health and vitality, my open nature and my trust in myself and others,” she wrote in her statement.

Cosby may have declined the opportunity to speak before his sentencing, but the voices of many brave women haunt the aftermaths of the trial.

Actress, Lili Bernard said: “On the one hand I feel absolutely elated that justice was served. On the other hand, I also feel disappointed, because clearly the three-year minimum sentence does not adequately reflect the havoc this man, this rapist, has inflicted on so many women, including myself.”

“It does indicate there is now a shift in the legal system that is now going to reflect modern culture, and that now women’s voices are being believed and women’s lives are being valued,” she continued.

Janice Baker-Kinney, who also testified against Cosby, thanked him directly in a statement: “Your arrogance sparked a movement that has grown to thousands of women taking back their self-esteem and proudly standing up for what is morally right.”

Such an inspiring outlook on equality has been helped by Cosby being the first celebrity of the #MeToo movement to be sent to prison. Following the sexual misconduct allegations made against Harvey Weinstein, men and women everywhere are encouraging each other to speak out against sexual assault and domineering ideologies with the hash tag, #MeToo.

“The #MeToo movement has shown that we are at a turning point on certain issues. While many of our elected officials are yet to catch up, the public has become more comfortable with talking accurately about sexual harassment,” says Camonghne Felix, Senior Communications Manager at the Ms. Foundation for Women.

“However, not all women have benefitted from the #MeToo movement equally. The initial survivors who shared stories about their experiences were wealthier, white women, while women of color, LGBTQ and transwomen, undocumented women, and women in lower income work still face exceptional risks to their personal safety every day.

“They are the least likely to be protected and believed in the case of sexual harassment and we need to continue to fight until all women, everywhere, are respected.”

Cosby’s case comes at a time when Brett Kavanaugh is also facing accusations of sexual misconduct.

President Trump has publicly challenged the assertions against his Supreme Court nominee, questioning why they weren’t “immediately filed”.

In the era of #MeToo, thousands of social media users have responded with passionate fury to the president’s comments, recounting why it took them time to open up about their attacks.

College News asked Felix for her thoughts on the link between shame and trauma—an emotion that Andrea Constand openly described as “overwhelming”:

“Our country was founded on patriarchy, misogyny, and white supremacy, and cultural acceptance of these societal systems needs to change. For it is these issues that send a clear message to women and girls that they are to blame for what happens to them, and that men do not care about their pain, humiliation, and self-worth,” Felix said.

“We live in a highly patriarchal and misogynistic society—it’s what this country was founded in. Boys and men are applauded for their sexual activity, while girls and women are degraded for it. If a woman is sexually assaulted, often the first instinct is to ask what she was wearing, whether she had been drinking, or how she had been behaving.

“Because of these expectations and these types of questions, it is difficult for women in our society not to internalize the events that may have happened to them and to blame themselves.

“Overcoming this way of thinking depends on listening to women and believing their experiences so that they are not inclined to blame themselves and feel shame for the abuses perpetrated against them.”

And how can we continue to bring attention and justice to sex offenders? We asked.

“But we cannot count on women alone, and women shouldn’t have to share stories about their deep personal traumas in order for change to happen.

“We have to have honest conversations with boys and men about what it means to respect the girls and women around them. Men need to step up and do the hard work of teaching men around them to do, and act, better. Movements can’t grow without allies, and we need to ensure that men are just as active a part of the #MeToo movement as the brave women who have stepped up have been.”

Camonghne is a member of the nation’s oldest women’s foundation, that works to build women’s collective power in the US and advance equity and justice.

“We provide financial and capacity-building investments to grassroots, women-led organizations, that are making meaningful social, cultural, and economic change in the lives of women.

“Only 2 percent of fundraising money goes to women and girls of color, and we believe that, by targeting these underserved groups, we can create better outcomes for all women.”

Felix’s passionate intellect made us eager to get involved.

“Visit our website, join our mailing list and learn more about our current grantee-partners in your community to get involved in issues that matter to women at the grassroots level.

“Keep an eye out for the next Young Professionals Advisory Committee (YPAC), which is currently planning upcoming events in which there will be plenty of opportunities to participate in and advocate for women!”

Bill Cosby may be in prison, but it’s clear that the fight isn’t over.

Find the Ms. Foundation for Women at forwomen.org