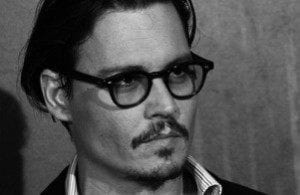 Johnny Depp is not dead. In just another social media faux death trend that has claimed the deaths of Bill Cosby, Eddie Murphy and Rihanna, Johnny Depp has become the next reported victim.

The rumor began via a Facebook memoriam page simply stating “R.I.P Johnny Depp,” causing an outpour of google searches and Twitter feed crashes. Apparently, the death hoax arose from a rumor that Depp died while on-set of the Disney film, The Lone Ranger, in which Depp plays the masked gunslinger’s Native American sidekick, Tonto. There is a sad side to the story, however.

According to L.A. law enforcement, the individual who actually died was crew member Mike Bridger. After cleaning a pool tank on The Lone Ranger movie set, Bridger went into full cardiac arrest and died on September 21. The news of an on-set death mutated into a full-blown hoax, claiming Depp as the victim of a freak accident.

The 49-year-old actor and The Lone Ranger co-star, most recognizable for his roles in The Pirates of the Caribbean trilogy and a plethora of Tim Burton films, is alive and well though this is not the first time he has been reported dead. In 2010, a fake CNN website reported Depp’s death from a car accident in France, triggering similar cataclysmic Twitter and Facebook trends.