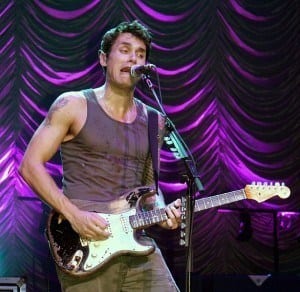 Singer is taking an indefinite break from live performances

John Mayer has canceled his tour due to a recurring throat condition. The singer is suffering from granuloma, a medical term for the inflammation of tissues caused by an injury or infection, in his throat.

This same condition had John Mayer on extensive vocal rest in 2011.

The Grammy-winning singer broke the news to his fans via Tumblr, posting that “something didn’t feel/sound right,” during rehearsal Tuesday and he decided to check in with his throat doctor. A scope of his vocal cords showed the granuloma had grown back where it had mostly healed. “Because of this, I have no choice but to take an indefinite break from live performing,” John Mayer wrote. “Though there will be a day when all of this will be behind me, it will sideline me for a longer period of time than I care to have you count down.”

The singer sincerely apologized to his fans, writing, “I’m pretty emotionally burnt out at the moment, but please know how hard I tried to resolve this and how disappointed I am that I can’t perform this record yet. I’m completely bummed, especially for all of you who started making plans to see a show. Nothing feels worse than having to break the stage down before the performance, and I mean nothing.”