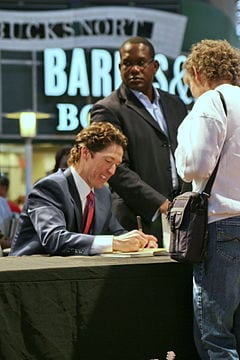 Televangelist Joel Osteen will soon be the star of his own reality show.

The Houston-based preacher, and his family have partnered with “Survivor” producer Mark Burnett for a show about Lakewood Church’s mission trips, the Associated Press reports.

The show will focus on “people helping people,” and is expected to air some time in 2012.

According to the Houston Chronicle, the preacher, who leads the largest church in the United States and reaches millions of Americans through his televised Sunday sermons,   has reportedly been approached for several reality shows in the past, but this one caught his attention.

Osteen told Entertainment Tonight, “We have great respect for Mark and we know that the finished product will not only entertain but will illustrate the generosity and selflessness that is a hallmark of the American people.”

Osteen said the yet-to-be-named series would not resemble a typical reality show.
According to CNN Houston affiliate KHOU, Osteen said, “In my mind, when I think of ‘reality’ (show), I think of cameras following you doing nothing. But this is more ‘Extreme (Makeover: Home Edition).’ We’re going with a purpose – with a mission.”

Osteen said the show would feature members of his Lakewood Church in Houston – the country’s largest congregation, seating 16,000 – helping others.