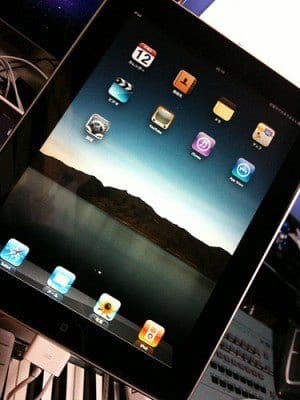 A scam that is currently being investigated involves thieves replacing iPads with clay and then the next customer buying it.

Some consumers in Canada were highly surprised when after purchasing an iPad 2s, the content inside of the box was slabs of modeling clay.

Best Buy and Future Shop, a electronic chain store based in Canada, have begun investigations on how the scam was conducted. Most electronic products cannot be returned to stores, so the thieves would have had to “successfully weighed out the clay portions and reseal the original Apple packaging, according to Yahoo!News.

A spokesman for Future Shop, Elliott Chun, said that the crooks purchased the iPads with cash, replaced them and then returned the packages the next day.

Chun told CTV British Columbia, “Customers don’t expect to receive this kind of product from Future Shop, so it’s a very serious matter and something we are addressing right away fro anyone who have been impacted. “It really saddens Future Shop that people stoop to be this opportunistic and make money in this kind of organized way.”

The first complaint filed by Mark Sandhu was met with criticism. Sandhu speaks on how he felt like after attempting to explain the story about his wife’s Christmas present, a representative at the store tried to make him seem like the bad guy.

Sandhu said, “Maybe the way I was dressed, I don’t know. She made me feel like I’m trying to scam them out of $700. I was the one getting scammed.”

Future Shop has since apologized and giving Sandhu a full refund plus a new iPad.