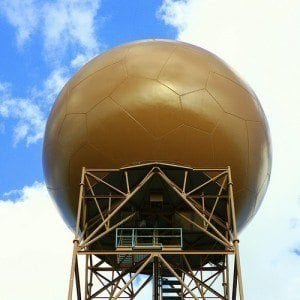 Sweden’s weather radar will undergo a modernizing effort thanks to Swedish defense and security company Saab.

Saab reports that it is modernizing the nation’s military and civilian weather radar network. The modernization work comes under an award from the Swedish Meteorological and Hydrological Institute and the Swedish Defense Materiel Administration.

According to Saab, the contract is for six years and carries a potential value exceeding $13.9 million if all the options, including an additional three years, are exercised.

Under the modernization effort, all 12 of Sweden’s weather stations will be upgraded to a Dual Polarized Doppler system.

Lars-Erik Wige, head of Support and Services at Saab, stated, “We are updating the Swedish weather radar network with the latest technology, thereby guaranteeing the system’s performance for many years to come.”

Wige added, “We are proud to have won this deal, and this confirms our unique expertise within the field of radar technology, both civil and military.”

Paul Schlatter, a National Oceanic and Atmospheric Administration radar expert in Washington, D.C. and previous trainer for the National Weather Service, said of the technology, “With dual polarization, you are getting a vertical direction as well as what was once seen only horizontally.”

Schlatter continued, “Due to the preciseness of this new system, it can help meteorologists estimate how much heavier the rain is, rather than just point out that there is indeed rain.”

Accurate forecasting of rain, snow and hail may be important, but let’s face it, they’re forces of nature ( i.e. they’ll always be around.) Can’t we just live in a world where Saab makes gorgeous cars once again?  A man can dream.