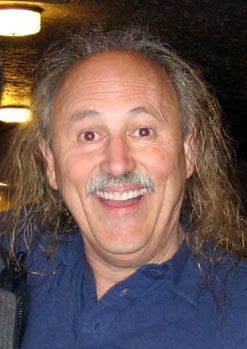 After suffering a heart attack on Wednesday, Gallagher was placed in a coma to recover.

Comedian Gallagher was placed in a medically induced coma after his heart attack on Wednesday, according to People Magazine.

Gallagher, whose is known for smashing items like watermelons on stage, was scheduled to perform at a club in Texas on Wednesday. After a meet-and-greet with fans, he suffered a heart attack while in the club’s green room.

His manager, Christine Scherrer, has said that he is recovering well but was placed into the coma to help the process along.

Gallagher, whose real name is Leo Anthony Gallagher Jr., will remain in the coma until Friday afternoon, according to the Huffington Post.

Scherrer said that his family is with him and that according to the doctors, everything is well.

This is the second heart attack for Gallagher, who had another one on stage in 2011 at Minnesota show. However, Scherrer said that Gallagher has been in good health since the attack with no serious incidents.

His next six performances have been postponed, according to his website, including shows in El Paso, Texas and Portland, Oregon. His shows from March 29 and on are still scheduled to happen.