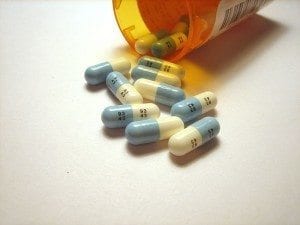 Human flesh capsules were reportedly confiscated by South Korean customs after being smuggled from China.

The South Korean customs agency said the human flesh capsules had been smuggled into the country through parcels and luggage carried from China. The pills were composed of “ground stillborn fetuses or babies that had been cut into small pieces and dried in gas ranges for two days, then made into powders and encapsulated.”

The Chinese government said that no medications made from human tissue have been found in China, but China will reinvestigate the allegations.

The Ministry of Health in China commented on the alleged “human flesh capsules” Tuesday, saying that China has strict rules on the disposal of the remains of dead infants, aborted fetuses and placentas, which are categorized as human remains and banned from being disposed of as medical waste. Furthermore, medical institutions and their staff are forbidden to trade human remains, including placentas.

However, the South Korean customs agency said that human flesh capsules have been “continuously smuggled into [South Korea], camouflaged as health tonics.”

The South Korean government has been investigating human flesh capsules since a magazine reported the use of dead infants in traditional medicines last year and alleged that the fetuses were purchased illegally from hospitals.

More than 35 cases and more than 17,000 pills have been found by South Korean customs authorities since August. The human flesh capsules are taken by people who believe they will help increase stamina and by terminal cancer patients.

In China, there is a large culture of people who search for bizarre and exotic ingredients like tiger genitals, bear bile, ground rhinoceros horn and dried seahorses due to beliefs that these ingredients will increase stamina and sexual arousal or cure diseases.

Despite South Korea’s allegations, China insists that no human flesh capsules are being manufactured in their country.