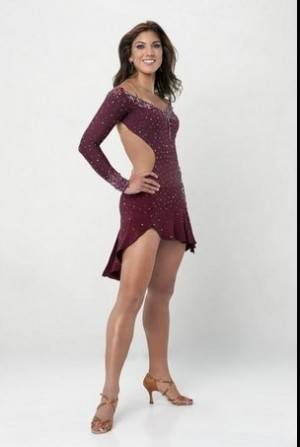 Hope Solo has been warned by the U.S. Anti-Doping Agency after she tested positive for a diuretic contained on the Agency’s prohibited list. The U.S. soccer star has said she had no idea the prescription drug she took for “pre-menstrual purposes” contained the prohibited drug, Canrenone.

Hope Solo, 30, released a statement saying: “Once informed of this fact, I immediately cooperated with USADA and shared with them everything they needed to properly conclude that I made an honest mistake, and that the medication did not enhance my performance in any way.”

According to the USADA, a sample of the Olympic goalkeeper’s urine collected June 15 tested positive for Canrenone, a diuretic prohibited by the USADA. Solo’s doctor-prescribed medication was found to contain the drug in therapeutic doses and therefore Hope Solo was not suspended from competing in the London Olympic Games but instead was given a public warning.

“As someone who believes in clean sport, I am glad to have worked with USADA to resolve this matter and I look forward to representing my country at the 2012 Olympic Games in London,” Solo said.

Hope Solo is one of 14 American athletes to receive sanctions under the U.S. Olympic Committee’s anti-doping policies this year. She is one of only three to avoid receiving a suspension, according to the USADA.

The USADA urges athletes to do their research before taking prescription and over-the-counter medications as both may contain banned substances. Athletes can apply for permission from the USADA to take a medication that contains substances included on the prohibited list.

“As in all cases, we thoroughly investigate the circumstances and always do what is fair and right for clean athletes and the integrity of sport,” Travis Tygart, USADA chief executive officer, said in a statement.

Hope Solo has served as the goalkeeper on the U.S. national soccer team for nearly six years. Hope Solo was goalkeeper for the gold medal winning U.S. women’s soccer team at the Beijing Olympic Games in 2008.