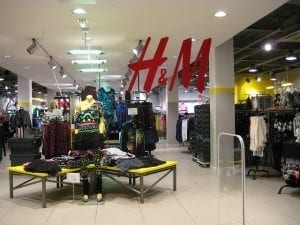 The retail has been working on a U.S. online shop since 2011

H&M is playing catch-up in the online shopping world. This morning marked the opening of its U.S. online shop.

H&M first announced its intention to make online shopping available in the U.S. back in 2011. And after numerous delays, it’s finally a reality.

It seems a little unusual that it has taken so long for H&M to get its U.S. shop up. It’s operated an online store in Europe for several years.

When H&M first announced its intentions back in 2011, many were very excited about it.  H&M was still new in the minds of many Americans and an online shop would have added to the hype already surrounding the retailer. Since then the hype has died down.

In today’s age of online shopping, retailers need to have an online presence to remain competitive. Some would say that H&M has been dragging its heels, but the truth is that setting up an online shop isn’t all that easy.

H&M’s Head of Investor Relations Nils Vinge said the company underestimated the complexity of operating in the U.S. “We couldn’t just copy and paste the online shops that we operate in Europe…our volumes are so large.”

America also presents challenges by how fickle Americans are. H&M has had to deal with how they planned to handle returns and how to keep up with the ever changing climates, not only physical but also fashionable.

H&M is planning to have a flat rate for shipping of $5.95, but shipping will be free till about mid-August.