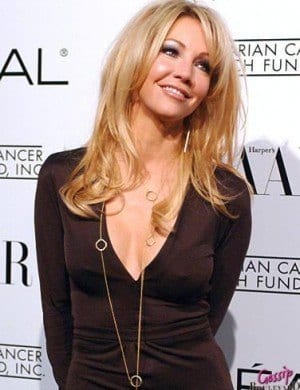 Heather Locklear and her former “Melrose Place” costar have split.

Access Hollywood reports that Locklear’s rep confirmed on Tuesday that the two are “no longer engaged.” Locklear and Wagner became engaged in August after dating for four years. The two became a couple following Locklear’s divorce from Bon Jovi’s Richie Sambora.

The Hollywood Gossip reports that Locklear and Wagner were last seen together in public in September.

Locklear isn’t letting the breakup keep her out of the public eye, however. She made an appearance Monday at the premiere of “Breaking Dawn.”