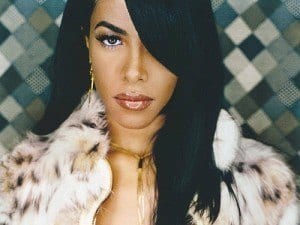 The unforgettable singer and actress would have turned 34 today

Aaliyah Dana Houghton would have turned 34 today, as another circle around the sun completes a year without the blossoming hip-hop star, who passed well before her time.  Despite her tragically young age – 22 — at the time of her death, Aaliyah was a born star, capturing an audience and critical acclaim with her sultry confidence, style and talent.  To this day R&B fans and 90’s kids alike croon along to favorites like “Are You That Somebody” and “Rock the Boat.”

Aaliyah burst into the public eye at the young age, recording her first album, “Age Ain’t Nothing but a Number” at age 14 with R. Kelly.  A few platinum records, and collaborations with as yet unknown Timbaland and Missy Elliot, found Aaliyah rising quickly in 2001, adored by fans and friends alike for her humble beauty and unswerving loyalty to integrity and grace.

It’s been too long and I’m lost without you
What am I gonna do?
Said I been needin’ you, wantin’ you…