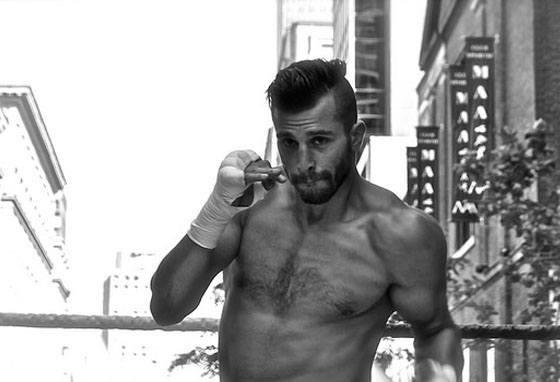 Now that the illustrious career of Floyd Mayweather Jr. has come to an end GGG vs Lemieux can be fight of the year. The sport of boxing is looking to bring to the helm a new crown bearer, someone who can bring the excitement inside the ring that Mayweather brought outside of it. Mayweather is the best promoter/boxer the sport has seen and filling his stature in the sport could take time but this weekend we have a wonderful opportunity to watch one of the 2 most exciting fighters in the sport go at it once again. Gennady Golovkin better known as GGG has a menacing aura and brings to the ring an undefeated record with a reputation of being the toughest Middleweight in the world with Mike Tysonesque punching power. He takes on another young heavy handed Middleweight David Lemieux.

GGG comes into Saturday with 33-0 record with 30 of those wins coming from convincing knockouts. His power has been one of the hot topics in the sport over the last few years adding knockout after knockout to his resume. One argument against GGG is that his competition level has not been up to par since coming over to the United States but I always say as long as you beat who they put in front of you the rest will fall into place. And Golovkin has done just that. Knock out after knock out has put fear into the eyes of Middleweight competitors with many tough guys keeping their distance from this German born juggernaut. His aggressive style is fun to watch but leaves room for someone with impeccable skill to capitalize, this will be his first test against a fighter who has the 1 hit KO ability as Lemieux and a champion with everything to lose.

David Lemieux is a Canadian born power puncher who has a great record to stand on as well. This serves to be GGG most competitive challenge. Lemieux who holds the IBF Middleweight Title and brings his championship pedigree and a respect level from the boxing fans that Golovkin has yet to see in his time in America. Lemieux’s capabilities to knock his opponent out with 1 power punch can turn the tide of this match. Lemieux comes in to Saturday with a 34-2 record with 31 wins by knockouts under his belt. This will be the toughest test for Lemieux in his career, but the 27 year old coming off winning his title is jumping right into the ring with one of the pound for pound best in the sport. A decision like that deserves respect.

Also read: Come Flashy, Flamboyant and talk trash and Back it up

The fight will take place at Madison Square Garden on Saturday via HBO pay per view. I cannot wait to see this slugfest happen. I think Lemieux will bring the best out of GGG but may come up a bit short due to Golovkin over bearing power and skill in the ring. Golovkin who holds the WBO and IBO Middleweight titles is coming into Saturday with 14 straight title defenses and 20 straight wins coming by knockout. He is putting this staunch record on the line against a hungry opponent with a lot of confidence.

Boxing is still a growing sport and the need from someone to take the torch from Mayweather into the next generation has come. Golovkin to this point has looked like the next big thing in the sport and this will be his first pay per view fight and opportunity to show the world that he is the one who will push the sport into a new stratosphere. Lemieux is taking the challenge in his prime and can really change the dynamic of the boxing world with a victory Saturday Night. Tune in and then come back and tell me what you thought about the fight. I have Lemieux in an 8 round KO upset. What do you think? Leave a comment with your thoughts.

You will also like: Mayweather/Rousey Is Media Instigating an altercation?