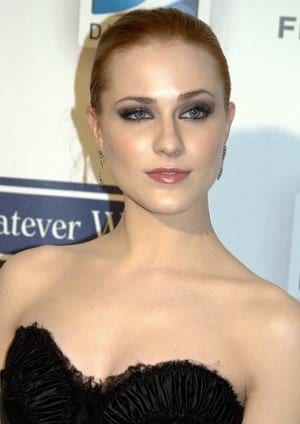 After rekindling their romance, the two wed in California

Evan Rachel Wood and Jamie Bell tied the knot on Tuesday in a small ceremony with family and friends in California. A rep for the “True Blood” actress confirmed the news Tuesday to People after the newlyweds were seen at Los Angeles International Airport with rings on their left fingers. Wood’s rep also mentioned that Wood wore a custom dress by Carolina Herrera.

An upcoming wedding came into play a few weeks ago when Evan Rachel Wood and Jamie Bell had reportedly visited the Los Angeles County Recorders Office for a marriage license. The two originally met back in 2005 while shooting a video for Green Day, reports the Huffington Post. They dated for a short amount of time and got tattoos of each other’s first initials. They broke up and Evan Rachel Wood went on to date Marilyn Manson from 2006 to 2010. Wood and Manson were even engaged for a bit before they broke it off. Wood and Bell rekindled their romance soon after her split from Manson.

“Words cannot describe the happiness i am feeling Overwhelming,” Wood tweeted about the event.