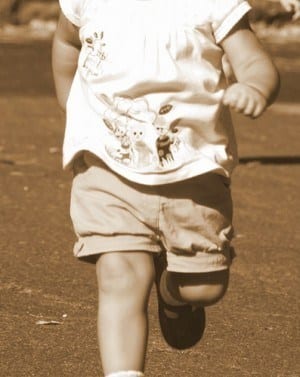 Etan Patz disappeared in 1979. Over three decades later a man has now confessed to murdering the six-year-old boy.

Pedro Hernandez has confessed to strangling the boy as he made his way to a school bus stop in SoHo. Hernandez told police he wrapped the boy’s body in a bag before placing it in a box and leaving it in Manhattan. According to Hernandez, he returned a few days later to find the box containing the remains was no longer where he had left it.

Police Commissioner Raymond W. Kelly issued a statement early today in which his office stated, “An individual now in custody has made statements to N.Y.P.D. detectives implicating himself in the disappearance and death of Etan Patz 33 years ago.”

Hernandez was taken into custody late Wednesday in New Jersey. He was taken to the Manhattan district attorney’s office where prosecutors are heading the investigation by New York police detectives and agents from the FBI. Hernandez spent the majority of Wednesday being interviewed, where it was reported by a law enforcement official that he was apparently very emotional. It is standard procedure to videotape confessions in New Jersey, and the law enforcement official added that Hernandez’s confession was videotaped.

Investigators had considered Hernandez a suspect in the disappearance in the past, but it is not clear when he became a person of interest. In 1979, Hernandez worked at a bodega near where the boy disappeared. Shortly after the boy’s disappearance, Hernandez moved to the Camden area where it is reported he has many relatives. Investigators are allegedly seeking these relatives as they believe Hernandez has alluded to or confessed to the crime to them in the past.

Police investigators have considered numerous others as suspects in the case in the last few decades, including Othniel Miller, a neighborhood handyman that had contact with the boy shortly before his disappearance. According to Miller’s attorney, his client had nothing to do with Etan’s disappearance, and his reputation has been “dragged through the mud.”

The Etan Patz disappearance brought national attention to the problem of missing children. A picture of Etan Patz became the first to appear on milk cartons, and President Ronald Reagan declared the day of his disappearance, May 25, National Missing Children’s Day.

Previous ArticleAn attempt at comedic relief – paying a $114,000 loan in cashNext ArticleIndy 500: Race weekend is here, who will win?