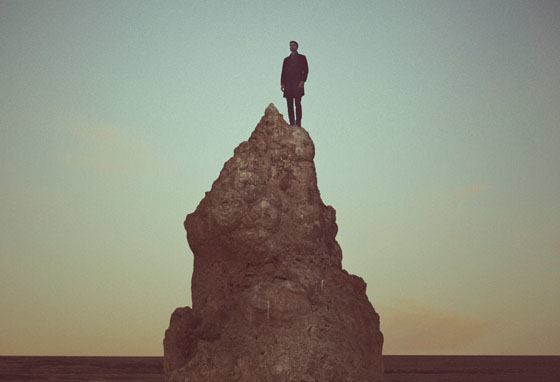 The ambient music band creates art with their ethereal sound

It’s time to discover the artful music of Tycho. Tycho is the name of an American ambient music band which has been producing vivid artistic landscapes through music since 2004. Estranged from most music blasted through popular radio, Tycho’s songs evoke emotion and color without the use of vocals or mainstream beats. When listening to Tycho’s artwork you are transported to a different realm full of new sensations and feelings, vibrant and refreshing. With Tycho playing in the backdrop of your life, it is as though new opportunities arise and doors open without anything in front of you ever having to change.

You will also like: Five Minutes with Tapioca and The Flea

Scott Hansen is the artist behind Tycho who is also known as ISO50 when it comes to his photography and design pieces. It is no surprise that his other passions and talents merge so seamlessly into the music he produces, with his music feeling like visual art and his visual art feeling like music. Hansen hails from San Francisco city in California and has had his music featured in seemingly random places like Toonami. Since December of last year Hansen, as Tycho, has been signed to Ghostly International, although he has also previously worked with Merck Records and Gammaphone Records.

The music produced by Tycho features a meshing of vintage-style synthesizers, ambient melodies, and outside clips of voices or miscellaneous sounds. Artist comparisons include DJ Shadow, Ulrich Schnauss, and Boards of Canada. Electronic synthesizers meld with live instruments and dated sound clips to produce a sound unique to Tycho’s musical landscape. Categorially speaking, Tycho has been lumped into genres such as electronic relaxation or ambient music, but Tycho’s fascinating artistic take truly makes its work into a genre of its own.

You can visit Tycho’s website to experience some of their work firsthand. Tycho’s music expands visually across the auditory landscape, splashing brushstrokes of color over lives that might otherwise be shades of gray. Here’s to hoping the newest album is as revolutionary as the rest. Now that you have discovered the artful music of Tycho what do you think of their music?