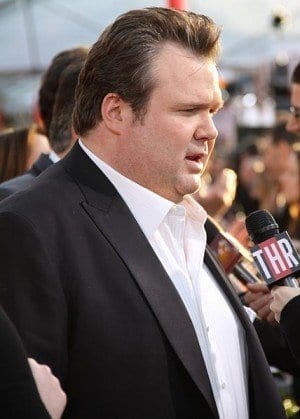 The ‘Modern Family’ star was escorted from his seat

Eric Stonestreet of the hit ABC sitcom Modern Family was reportedly escorted out of an Los Angeles Dodgers game Sept. 15. According to a TMZ report, Stonestreet was escorted by security after he engaged in a heated verbal altercation with a St. Louis Cardinals fan.

Both spectators were asked to leave, but after speaking with security Eric Stonestreet was allowed to return to his seat and resume his cheering the Dodgers on, according to the report.

Eric Stonestreet took to his twitter to set the record straight:

“i did NOT get kicked out of the Dodgers game last night. did i get escorted to the top of the stairs by security? yes. yes i sure did,” the star tweeted Sept. 16.

Eric Stonestreet, 41, is well known for his portrayal of Cameron Tucker on Modern Family. He has gained critical acclaim for this role, and is nominated for the Primetime Emmy Award for Outstanding Supporting Actor in a Comedy Series for the third year in a row. He can be seen in the series this fall, which comes back in late September.