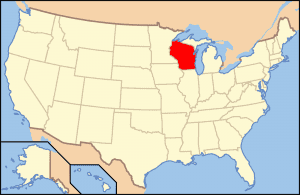 Results not exactly what labor unions wanted, but they are not giving up hope

Election results for Wisconsin are in, and the results are not exactly for what labor unions were hoping.

Republican Scott Walker took the spot again as governor, making him the first governor to win a gubertnational recall election in U.S. history. Walker was running against Democrat Tom Barrett, whom he ran against two years ago.

In a movement led by labor unions, the election results did not necessarily reflect the wishes of the Wisconsin unions. Still, they have not given up hope.

“Last night’s results were not what we had hoped for, but this was not the end of the story but rather the beginning,” Richard Trumka, president of the -CIO, the country’s largest federation of unions, said in regards to the election results during a press call on Wednesday.

He continued to add that many factors went into Walker’s win, including his increased ability to fundraise and the public’s low level of approval for recall elections in general.

Even though the outcome wasn’t desired for labor unions, he said it was not an overall loss.

“The new model that Wisconsin’s working families have built won’t go away, it will only grow,” Trumka said during the press conference.

When analyzing the election results, many people are discussing President Barack Obama’s lack of involvement in the campaign.

Trumka said he respects Obama’s decision and was not upset by his lack of involvement.

Trumka instead highlighted the significance of educating voters, advising education on how to vote at the grassroots level in order to obtain the desired election results.

“Be clear about your job creation, and I think you win,” he said.