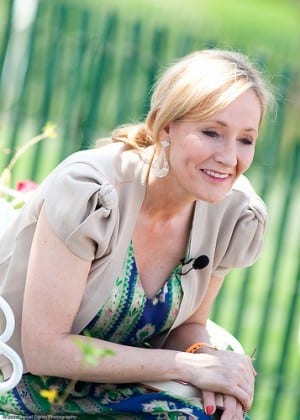 A new film series by J.K. Rowling will allow readers to return to the magical, wizarding world.

J.K. Rowling will be making her debut as a screenwriter, with an upcoming film centered on one of Harry Potter’s textbooks “Fantastic Beasts and Where to Find Them” and the book’s author, Newt Scamander. Rowling published the book in 2001. It is supposed to be Harry Potter’s first-year, magizoology textbook, published in 1918, complete with the young wizard’s margin doodles. For all of you muggles unfamiliar with the term magizoology, it refers to the study of magical creatures.

The film series will center around the character Newt Scamander. Kevin Tsujihara, Chief Executive Officer of Warner Bros. announced the partnership with Rowling. Warner Bros., responsible for releasing the Harry Potter films, hopes the series will encounter similar success. The seven Harry Potter films released between 2001 and 2011 stand as the highest grossing series of all-time, reeling in a whopping $7.7 billion world-wide.

According to a statement released by Rowling, “Fantastic Beasts and Where to Find Them is neither a prequel or sequel to the Harry Potter series, but an extension of the wizarding world … Newt’s story will start in New York seventy years before Harry’s gets underway.”

Warner Bros. first suggested the “Fantastic Beasts and Where to Find Them” film series. Not wanting to see the series in the hands of another screenwriter, J.K. Rowling agreed to take on the project. Rowling commented, “The idea of seeing Newt Scamander, the supposed author of Fantastic Beasts, realised by another writer was difficult. Having lived for so long in my fictional universe, I feel very protective of it … As I considered Warners’ proposal, an idea took shape that I couldn’t dislodge. That is how I ended up pitching my own idea for a film to Warner Bros.”

Devoted Harry Potter fans, having also spent a great deal of time in the fictional universe, will undoubtedly be familiar with many of the magical creatures featured in “Fantastic Beasts and Where to Find Them”.