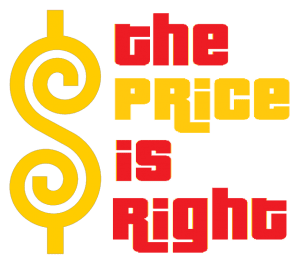 Sorry ladies, the guys are now being given the chance to model the toasters, laundry detergent and brand new cars on the extremely well known game show The Price is Right. Men will now have the opportunity to show off their modeling skills on the show, hosted by Drew Carey. The male positions on The Price is Right have previously been held only for the hosts, Bob Barker and Drew Carey, while the modeling positions were left to the long-legged ladies. However, the show is holding an open casting call in Los Angeles on Thursday August 30th for anyone that’s interested. Here, potential hopefuls will be judged by the female models in the areas of showing off a product, verbal skills and posing.

Should the models move on to the next round, they will face various on-camera challenges that really put their modeling skills to the test. This narrows down the search to six contestants. These six remaining models will be announced on the September 28th episode of The Price is Right. Ultimately, the winner will be chosen by viewers, rather than CBS executives, who will be given the opportunity to vote for their favorites online.

The winning model will begin his week-long gig on Monday, October 15th. Although the position is only a week long, CBS may be looking to see if male models fit in as a part of The Price is Right. If you think you have what it takes and your Plinko skills are up to par, fill out this participant application to be considered for the role.