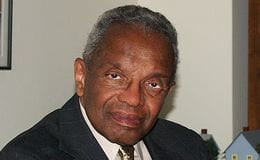 Derrick Bell, the first African-American to become a tenured professor at Harvard law, has died.

The Root reports that Bell died as a result of his battle with carcinoid cancer. He was 80.

In addition to the strides Bell made as a tenured professor at Harvard, he also pioneered the study of critical race theory and worked for the NAACP Legal Defense Fund during the civil rights movement.

After Bell left Harvard, he became the first African-American dean of the University of Oregon Law School. He resigned from the position in 1985 in response to the university’s stand against Bell hiring an Asian American for a faculty position. Bell returned to Harvard but resigned in 1992 in protest of the school’s failure to hire and give tenure to minority women.

You can read more about the life and legacy of Derrick Bell here.