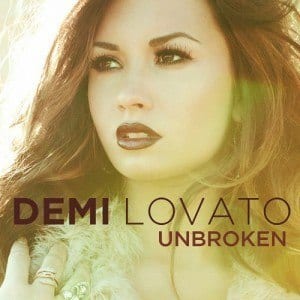 “Give Your Heart a Break” singer’s estranged father dies

Over the weekend Demi Lovato experienced the loss of her biological father, Patrick Lovato. There is no word of the cause of the 53-year-old father’s death, but he was said to have been battling cancer the past few years.

“Rest in peace Daddy, I love you…” she wrote on Saturday night.

Since Lovato’s divorce with Dianna De La Garza in 1994, Demi and her father have had a rocky relationship. In 2009 she said in an interview that it had been two years since she had last talked to her father. Her heartbreaking words summed up the hurt that she had felt as a result of their relationship.

“The last time I talked to him was two years ago. You try to have faith in somebody, even when you’re the last person that believes in him. But when somebody lets you down after you’ve been the only one there for them, and so many times, you don’t know what else to do,” she said.

On her 2011 album “Unbroken,” Demi wrote a heartfelt song that insinuated that her father was an alcoholic. Later she told the Daily Mail that her song “For the Love of a Daughter” was about her destructive relationship with her dad.

“It’s a very personal song. ‘Oh father, please father, put the bottle down…’ The lyrics are self-explanatory about my relationship with my estranged father whom I haven’t spoken to in five years. I wrote it when I was 16 and getting it out is like therapy,” she said.

In 2010, when Demi was battling her own bipolar disorder, her father attempted to contact her, without success. Last year he expressed his regret to Radar Online.

“I love her so much, and I just want her to call me,” he said. “This is the only way I can talk to her, I try to reach her but it never works.”

“It is not like I want anything from her, all I want is her love.”

During this difficult time, her fellow “X Factor” judges are very supportive of the singer. The show’s creator Simon Cowell and judge Mario Lopez tweeted apologies and consoled Lovato.

“My thoughts are with you Demi,” Cowell tweeted on Sunday.

“My thoughts & prayers are with you @ddlovato,” Mario Lopez wrote. “God bless you & your family.”