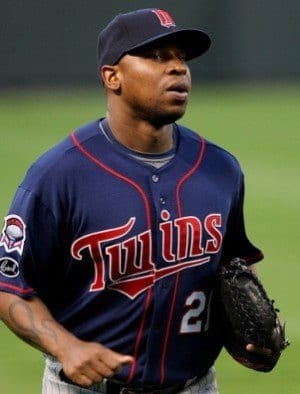 Delmon Young, Detroit Tigers left fielder, has been suspended without pay by Major League Baseball Commissioner, Bud Selig, for an alleged hate-crime while the team was in New York for a series with the Yankees this past weekend. Delmon Young reportedly made anti-Semitic comments to a group of individuals before supposedly tackling one of the men. New York police reported the incident occurred early Friday morning outside a Manhattan hotel, the New York Hilton, where the team was staying for the trip.

Delmon Young, 26, is charged with aggravated harassment, a misdemeanor punishable by up to one year in jail. Young was arraigned Friday night and released on $5,000 bond.

Selig stated, “Those associated with our game should meet the responsibilities and standards that stem from our game’s stature as a social institution. An incident like this cannot and will not be tolerated. I understand that Mr. Young is regretful, and it is my expectation that he will learn from this unfortunate episode.”

The suspension of Delmon Young is retroactive to Friday. He will miss five games and will be eligible to return Friday, May 4. Detroit Tigers President and General Manager, Dave Dombrowski, stated he would be reinstated to the team that day. Dombrowski also stated Young would not appeal the suspension and that the Tiger organization is not able to enact its own disciplinary action. Tigers Manager, Jim Leyland, was not available for comment Monday during the team’s series in Kansas City.

According to a statement from the Commissioner’s office, Delmon Young will be required to participate in a treatment program.

Young was initially taken to Roosevelt Hospital as he was believed to be intoxicated. Dombrowski commented that he was “not in a very good state as far as his sobriety.”