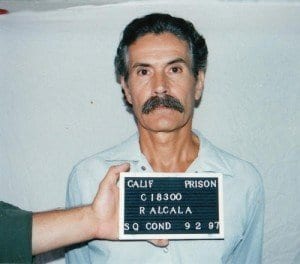 Rodney Alcala, a suspect in the “Dating Game Killer” case, has pleaded not guilty to murder charges of two women in New York in the 1970s.

Alcala was flown in from California, where he remains on death row since 2010, to New York. Flying along with Alcala was a U.S. Marshals escort. After issues of extradition, Alcala has finally been handed over to Manhattan police. Alcala is being charged by Manhattan prosecutors on the slayings of Cornelia Crilley and Ellen Hover.

Crilley, 23, was a flight attendant for Trans World Airlines. Her body was found in her Upper East Side apartment strangled and raped in June 1971. Hover, 23, was also living in Manhattan at the time vanished in 1977. Her remains were found in the woods of Westchester County.

District Attorney Cyrus R. Vance Jr. said in a statement, “Cold cases are not forgotten cases—our prosecutors, investigators and partners in the NYPD do not give up.”

According to the Hover family’s private detective, Hover left a note in her calendar the day she vanished. The note shows Hover having planned a lunch date with a photographer—the name of the photographer is under an alias Alcala used.

Alcala has been under the thumb of NYPD detectives in Crilley’s death. In the investigation, detectives went to California with a warrant to interview Alcala as well as get dental impressions. Forensics found a bite mark that resembled Alcala’s impression.

Alcala, 68, has been convicted of raping an 8-year-old girl in 1968. Police found a “photo stash” of women and children in a storage locker in Seattle. Along with the findings were earrings that belonged to Robin Samsoe, Alcala’s 12-year-old victim.

Back in 1978 Alcala made an appearance on the hit game show, The Dating Game, as a “successful photographer.”