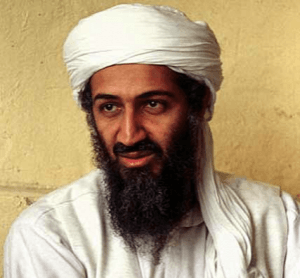 Months before the 9/11 attacks, the CIA had counterterrorism units dedicated to hunting Osama Bin Laden. The unit was running out of money, though according to government analysts the chances of catching the extremist leader was extremely low.

According to the Associate Press (AP) the declassified documents dates between 1992 and 2004—offering little information about what the U.S. had on al-Qaida before the 9/11 attacks—holding more “historical context.”

The documents were obtained by the National Security Archive through a Freedom of Information Act request—the NSA is a private group “seeking transparency in government.”

Al-Qaida became a concern after the 1998 U.S. Embassy bombings in Kenya and Tanzania that killed two CIA employees and many others. Bin Laden declared a holy war against the U.S. and the CIA received many warnings al-Qaida’s intent to strike against the U.S. April 2000 a document from the CIA unit catching Bin Laden was going through a monetary issues that was “cutting into the agency’s efforts to track the terror leader.”

In a document titled Islamic Extremist Update there was a statement, “Need forward movement on supplemental soonest.” The budget was being reviewed by the National Security Council and White House Office of Management and Budget—due to budget constraints the unit moved from an “offensive to defensive posture” according to the document.

Despite the criticism President Bill Clinton received for not doing much to catch Bin Laden the documents show it would be hard to catch him, regardless.

“The odds of success are iffy,” Michael Scheuer, who ran the CIA’s Bin Laden unit, said in a 1998 secret memo that was among the declassified documents released Tuesday. “And the thing could blow up at any point along the way.”