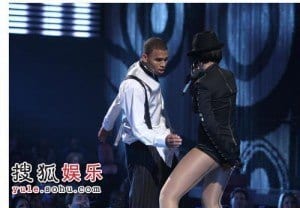 Brown’s sugar skull tattoo believed to be inspired by Rihanna

Chris Brown has himself some new ink. For the star around which much controversy has arisen in the last three years, there is no doubt that even this simple form of personal expression has come under public scrutiny.

In February 2009, Chris Brown was arrested on charges of domestic violence for allegedly beating his then girlfriend, Barbadian pop star and record-setting recording artist Rihanna. Since then the two have reconciled, dating on-again and off-again, and in an interview with Oprah Winfrey last month Rihanna said, “I do miss him sometimes” in regards to Chris Brown.

Though the heat from the domestic violence altercation has yet to fully fade away, Chris Brown’s new tattoo has been opening some old wounds for the two pop stars’ volatile relationship.

The tattoo located on Brown’s neck, which reveals a bruised and battered skull, is under speculation of resembling Brown’s former girlfriend. The skull, which contains similar injuries suffered by Rihanna in their Feb. 2009 dispute—a black eye and bruised lip—has raised questions in the media on whether or not Brown feels remorse for his actions.

According Chris Brown’s representatives, the similarities between the singer’s tattoo and the events that transpired three years ago are “purely incidental.” Brown claims that his new ink is a random, nameless woman done in the tradition of the Mexican Day of the Dead sugar skulls, a holiday commemorating the remembrance of friends and family members that have died.

Surely, Rihanna is as alive as ever. The Barbados native recently opened up with 2012 MTV Video Music Awards with a seductively enthralling performance and even picked up the coveted Moonman for Video of the Year for her collaboration with UK DJ Calvin Harris on the summer hit “We Found Love.”

It has been three years since the domestic violence incident, an incident still fresh in the minds of many, and it may still take a few more years for the debacle to fade away entirely. Chris Brown’s and Rihanna’s relationship might not have lasted long, but at least tattoos are forever.