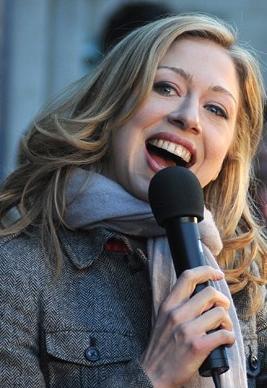 Chelsea Clinton has been hired by NBC News as a full-time special correspondent.

The network announced Monday that it has hired the only child of former President Bill Clinton and current Secretary of State Hillary Rodham Clinton to work on projects for “NBC Nightly News” including the segment, “Making a Difference,” and Brian Williams’ news magazine “Rock Center.”

Clinton has become a more notable figure over the years, by working for her father’s foundation and speaking during her mother’s 2008 presidential campaign.

According to the New York Times, Clinton approached Steve Capus, president of NBC News in July saying that “she was kicking around what she wanted to do next.”
Clinton told Capus that during her mother’s campaign, she had been moved by the stories of people making personal contributions.

NBC News already has one daughter of a former president among its employees – Jenna Bush Hager works for the “Today” show. Meghan McCain, daughter of presidential candidate John McCain, is a contributor to MSNBC. Capus said that the topic of other political daughters did not arise in conversations with Clinton.

Capus told the Times, “We both want to see how this goes. It will be full time for the near future. But I hope it’s the beginning of a nice, long-term relationship.”